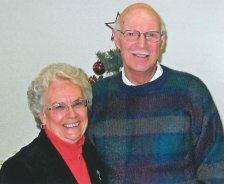 Larry and Pat Groat joined Baptist Mid Missions in June 1970. They served sixteen years in Venezuela, S.A. as church planters, administration, camp development, Bible Institute, Christian education and music, construction of churches and related buildings. Ten years were invested in Florida in two bilingual multi-cultural ministries focusing on church planting and development and youth ministry. During those years they cared for Pat’s mom in her final years of life. For ten years they worked here in Grand Rapids establishing the Iglesia Bautista Biblica using the facilities of City View Church, working with their used clothing and food ministries to reach Hispanics. The Spanish church is now under the leadership of Paul and Barb Joles, BMM, meeting in their own building donated to them by the Leonard Heights Baptist congregation when they disbanded several years ago. The Groats work with their home church, Northland Baptist, doing out-reach ministry with the primary emphasis on ministering to the elderly in the congregation. They call it “working retirement” and are very thankful for their health and strength to continue to serve the Lord, themselves in their mid and late seventies. Larry maintains ongoing contact with Venezuelan believers through social media. They also have occasional contact with a number of Hispanics to whom they have ministered to through the Iglesia Bautista Biblica. Presently, from their three married children they have thirteen grand children and three great-grand children, soon to be five.